When asked what his act was, he pretended to be distracted by his undone shoelace, before shaking his foot, causing his lace to tie again. Before his audition, he remarked that he had ‘only performed [this routine] in front of my teddies’. He began his audition by borrowing Alesha’s ring, placing it in a handkerchief and making it disappear. He then gave Simon a ‘present’ of a watch, which, when the back was unscrewed, revealed Alesha’s ring. He then made the ring ‘vanish’ once again, however this time it appeared attached to his shoelace. Alesha remarked ‘I was just completely mesmerised by you’, with Simon adding ‘you’re very likeable … I think you could do very well in this show’.

Due to COVID-19 restrictions, McCann’s performance was recorded live from his bedroom. In his performance, he asked David to choose a drawing from a set in his hands. He then revealed that the picture David had chosen (a picture of McCann dressed as a superhero) was in an envelope in front of him, before blindfolding himself and asking David to colour in the cape. David’s coloured picture was then revealed to match a coloured picture in front of Amanda, before McCann finally revealed that he was wearing the same colours David had coloured him in. Amanda remarked ‘you are so professional and so charming … you just sold the whole thing to me’, with David describing him as ‘like a cartoon character come to life’. McCann won the Public vote and advanced through to the Final. 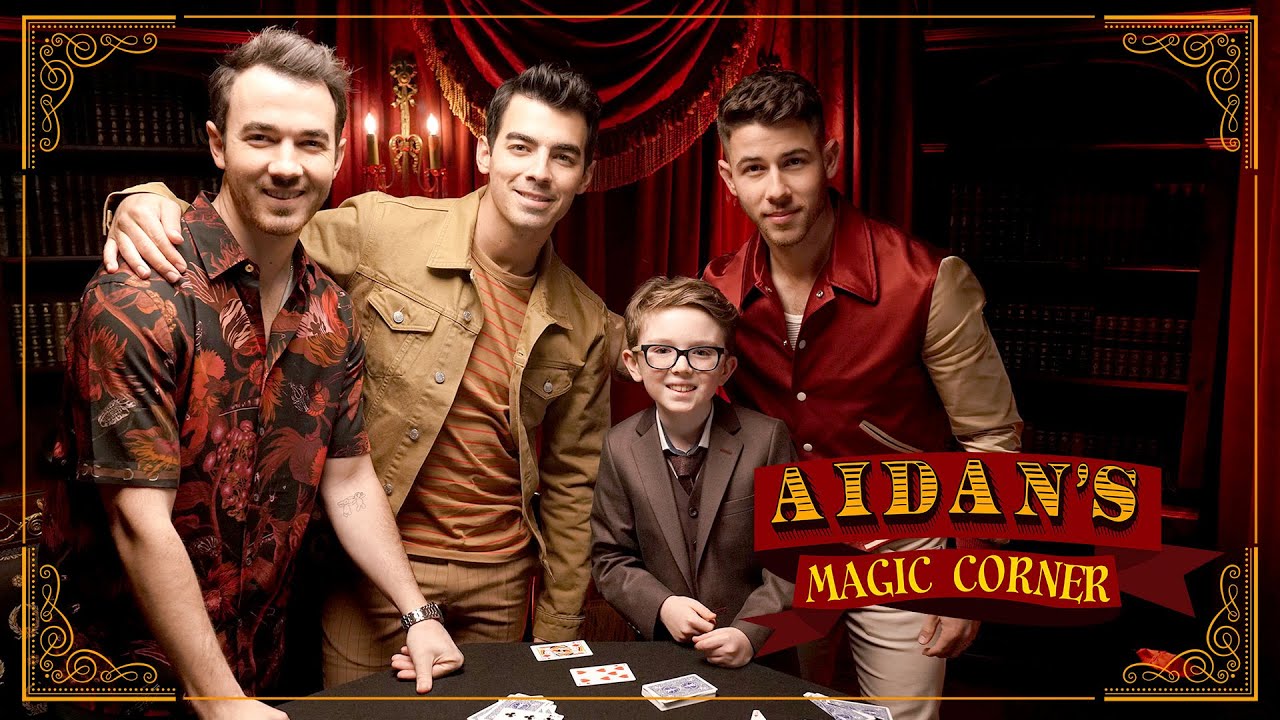 McCann opened the Final. He began by asking David to select a card, which was revealed to be the one in his hand. He then asked David to select a card from a set of cards containing verbs, and after initially pretending not to have correctly guess the card, he revealed that he had correctly guessed the word as ‘eat’. David described him as ‘a little superstar’, with Alesha adding ‘just so self-assured and confident and that’s a part of the charm’.

Question 1 : Aidan How do you feel to be one of the youngest Magician in this universe?

Answer: It feels really cool to be one of the youngest magicians in the world. I started when I was five and I’m 12 now, nearly 13, a teenager! I always loved magic but when I was about 7 or 8 I started doing card magic and my first time on stage doing magic was when I was nine when I was in Ireland’s Got Talent and I got to the semi finals. What was super was that the Ellen Show saw my Irelands got talent clips on YouTube and asked me to go on her show which was great and that opened a lot of doors for me. When I was 10 I took part in Shin Lims ‘Limitless‘ stage show in vegas and I’m also the youngest magician to be on the Vegas stage. I also did Britain’s Got Talent and I got to the final and that was a brilliant experience. At the moment, I’m working on a new magic tv show which I can’t reveal too much about yet but I’m very grateful for all the opportunities I’ve had so far.

Question 2 : Who inspired you to become a Magician? And when?

Answer: At first I was inspired to become a magician by a local Irish children’s magician. But when I started to get really into magic I’m constantly inspired by loads of different magicians. At the moment I am a big fan of Derren Brown. I saw him on stage recently. It was fantastic and I met him afterwards. I love reading magic books, I certainly love learning about mentalism at the moment and some of my favourite magicians at the moment are Luke Jermay and Hector Chadwick. There are so many awesome magicians who aren’t that well known but they do amazing magic.

Question 3 : You were interviewed by Ellen DeGeneres. Could you please tell us about that experience?

Answer: Being on the Ellen show was a dream come true. I was only nine when I went on it first and I remember everything and I loved every minute of it. It’s such a big show, I’m so grateful I got the chance to be on it. I was actually on it about four times and they gave me my own show called Aidans Magic Corner. I interviewed celebrities and did magic for them. Celebrities like Emily Blunt, The Jonas brothers and Colin Farrell. I had the best time. The Ellen show is finished now but she was always so kind to me.

Answer: My favourite magician at the moment is Derren Brown. I met him last month after his amazing show, I think he’s unbelievable. I took part in the Blackpool magic Convention in February. It is great because I get to meet up with a lot of my friends like lssy Simpson ( she was also on BGT) and Jasper cherry who was in my BGT final with me. I’ve always been a fan of Shin Lim and I was lucky enough to meet him in Vegas. And Keith Barry is my favourite Irish magician, I’ve met him a few times. In London next month I’m going to a magic convention and I’m looking forward to meeting Hector Chadwick.

Question 5 : We saw in Harry potter and other magic related books and movies that the magician always have had their own wand. As you are a magician where is your wand? Is there really existence of any magic wand in this universe?

Answer: Just like Harry Potter I also have a wand, every magician has a wand and of course wands are magical

Question 6 : If your Bangladeshi fans wish you to visit to Bangladesh and show your magic in front of them. Will you be able to come?

Answer: I would love to visit Bangladesh and meet all my fans. I am so grateful to have so many fans from India. My dad has been to India many times, he particularly likes Mumbai so yes I hope to come to Bangladesh one day.

Question 7: Aidan do you think there any difference between Magician and wizard ? If yes, what are they?

Answer: Yes there’s a difference between a magician and a wizard! for example.. a wizard could turn you into a frog but a magician could make the frog disappear.

Question 8 : What is the difference between Magic and Illusion ?

Answer: Magic and illusion are more less the same thing, they both create a moment for the audience where the audience believes what they are seeing even if it’s not reality.

Question 9 : In your future life, how much possibilities to see you as a professional magician. I mean will you choose magic as your profession?

Answer: Yes I will always want to be a magician, seeing people’s reactions makes me so happy. I also love learning more and more magic skills, you should never stop learning.

Question 10 : Tell us about your friends and family. What is their opinion about your magic?

Answer: My friends think magic is really cool and my family are so proud and love that I do magic especially because they get to travel to some really awesome places with me like LAS VEGAS, LONDON and hopefully one day Bangladesh

I just want to say thank you to all my fans in Bangladesh. If you want to find out more information about me my Instagram Is @aidanthemagician and I’m 13 on the first of July so watch out for my new tiktok channel
Thank you
Aidan McCann

The youngest novelist in Saudi Arabia