The last one month of my life had been my worst nightmare. No, not even a nightmare, because what I went through was beyond that. I lost the most precious person in my life, my mother. She became a victim of Covid-19. Me and my dad were also attacked but our condition was not severe and we recovered in three weeks. But the virus took away the heart of our family.

My mom was in the hospital for three days. I was not allowed to be there by her side. I couldn’t even be there when she breathed her last. You can’t imagine what a painful torture it is to not be able to be with your loved ones in their last days unless you’ve experienced it yourself. Those three days were horrible. Every single moment I was living in fear- the fear of losing her. I had been crying continuously. But the moment I heard that she was no more, my tears stopped just as my heart did for a few seconds. I felt my stomach drop and I was suddenly feeling numb. It was like the whole world had stopped. It was like nothing mattered anymore. I didn’t cry after that moment, not even when my mom’s body was taken to the graveyard. I was too shocked.

I’m an HSC candidate. As my exam was postponed for an uncertain period, I was quite worried about it. But after my mother’s departure, I couldn’t care less about my exam. I didn’t study a single word. I was acting like a robot. I was eating, sleeping, doing the daily necessities but they hardly mattered. My dad was worried sick. He knew things couldn’t go on like this. I had to move on and get along with my life. So he was trying his best to get me cry and talk my heart out so that I could get over the shock. But his efforts went in vain. It was like my heart and brain was sealed. There was a hollow, emptiness inside me, which my father’s words couldn’t pass. I was seeing everything, hearing everything, but couldn’t really process them.

This Eid-ul-Fitr was the first eid that I spent without my mother. It was only me and my dad sitting in our room, doing nothing. My friends and my relatives called but I barely talked to them. I spend the day with my dad imagining how different this day could be. As I was bored after being locked down in home for two months, I had planned with my mom that we would go out on a long drive on the Eid day. But look at the irony. She had already left us for another journey- a journey that has no end.

I still think my life would have been going on like this if the following incident didn’t happened. After the day of Eid, my friend Sadia called me. We were in the same school but she went to a different college after SSC. We never were too close but we were good friends. It had been quite a while since we had come in contact with each other. When she called, I had to answer it, reluctantly, much to my father’s insistence. Answering her call, I asked her how she was doing, a courtesy. What she said in reply was enough to knock senses into me. She said with a smile in her voice, “I’m doing better than many other people.” That was all it took. I was speechless. Reason?

Sadia’s father died in a road accident just a month after our SSC exam. Her mother is a housewife and she has a younger brother. Her father was the only earning person in the family. I had heard from a friend that her relatives weren’t much helpful and they did nothing to support her family in such despair. Since then, Sadia had to take responsibility of her family as she was the eldest daughter. She started tutoring students to bear the expenses of her family. When I had heard all this, I had wondered how she could possibly manage to handle all this! It was beyond my imagination how hard her life was. Yet she didn’t give up and kept moving on. Despite all the hardships, she told me she was better than many other people.

And here I was, giving up on everything. I have my dad to support me, where she had to support herself along with her family, not to mention she was much younger when she lost her father. Still I was being so hopeless. I couldn’t utter another word after I heard her say that. I didn’t even realize I had started crying until my father asked me worriedly what was wrong. I didn’t say anything and just hugged him. I was sobbing as tears kept falling down my cheeks. My dad patted me, saying everything will be all right. On that moment, I couldn’t but agree with him. Yes, everything has to be alright again. I have to try my best to make that happen.

I don’t remember how long I stayed like that, secure in my dad’s arm, crying my heart out. When I could finally pull myself together, I felt I had become a different person, a stronger me. The heavy weight that had been suffocating me for the past one month, seemed lifted. Life had seemed unbearably and somewhat meaningless after I lost my mother. But after talking to Sadia, the pain lessened and it became bearable. From that moment, I was determined to make lemonade from the lemon that life had thrown to me. I was willing to become the girl my mom wanted me to be – the girl who never loses herself, no matter what the situation is.

Life will not always be the way you want it to be. This thing called fate, it will interrupt. Sometimes it will give you chances that you have to grab as soon as you can. Again sometimes, it will try to put a fullstop to your beautiful voyage. But you can’t let that get you. When that happens, you have to stand up straight and face it, fighting it out of your way. You have to stand strong for the people you care for, and the ones who care for you. You have to climb the mountain to find the green valley of soft grasses. That’s when you find the beauty of life. 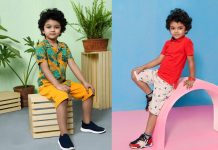 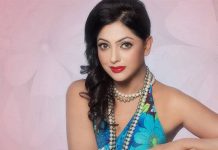