The boundary between hero and villain has collapsed. Some areas of darkness are awakened, behind the image of the hero, between the relationship between the hero and the fan. His picture is ‘Fan’. In the end, however, he surrendered to the demands of trade.

In ‘The Great Dictator‘, Charlie Chaplin showed how a ‘common man’ can upset a powerful man by looking at him in a similar way. The strong security belts of a man who enters it. Director Manish Sharma may have wanted to build a bridge between the two movies by acknowledging the dark circles behind ‘Lime Light’. Manish’s goal this time is to find a new middle ground between ‘Middle Road Cinema’‌ and’ Main Road Cinema ‘, like’ Band Baja Barat’‌ or ‘Shuddh Desi Romance’‌ –. Box-office prospects can also be kept alive by using ‌-e with its increasingly popular currency flaws.

Again, subject to the conditions of the movie ‘Oval’, the social darkness of the life of the star can also be explained socially. Long ago, sociologist Max Zebbar said that the life of a star is the sum of the unfulfilled aspirations and dreams of the masses. That is the way Manish built his movie. The star at the center of it, that dream is Shah Rukh Khan. The whole screenplay revolves around him. The clippings of his pictures, his wife-family, his bungalow, his hand gestures to the fans on his birthday — everything is unmistakable, exact and monotonous.

In this film, he has only one other name, like pseudonym – Aryan Khanna. Of course, there is no harm in that. The audience understands before entering the hall, know that the form of the film is also Shah Rukh Khan, the content is also Shah Rukh Khan. And maybe Shah Rukh himself was looking for such a film. In Salman’s film, Salman does’ packaging’‌ himself, but he can’t ‘fit’ Shahrukh himself in the formula of ‌packaging’‌. He is a different actor. His audience’s tastes, groups, needs are all different. The subject matter of the screenplay is like a lot of TV shows.

Aamir carries that image with his ‘off-screen activist’‌ image. That is not possible for Shah Rukh right now. And so maybe this time he is looking for a new screenplay. And his style is very similar to ‘Fan’‌ –‌. Where Shah Rukh is able to present his familiar commercial arrows everywhere in dance action expressions but again Shah Rukh is present here, whom the audience has never seen before.

Outwardly, in acting style, in characterization, he is unprecedented everywhere. In the same movie, Nakshatra Shahrukh, actor Shahrukh, ্যাMachioord‌ ‌ Shahrukh, ‌ ‘Newcomer’ ‌ Shahrukh are all the same. All the ‘clippings’ shown in his film are, of course, Shah Rukh’s own old clippings. Aryan’s bungalow is exactly like Shah Rukh’s ‘Imannat’. His wife looks a lot like Gauri Khan. And the scene of him waving his hand in front of his bungalow on his birthday is almost ‘news clippings’.

And this is where the two Shah Rukhs meet for the first time. The first John Arian. The second water is Gaurab Chawla (Shah Rukh). Arrived in Mumbai from Delhi. Aryan’s strong ‘fan’. Aryan is not paying attention to this ‘fan’. Pride by physically seizing a co-actor who insulted Aryan in order to find out. He sent the video link of this illegal act to Aryan. Aryan got angry and sent the police and locked Gaurab in the lock-up for two days. He also beats hard. The whole thing is out of influence and out of paper and pen.

Gaurab is wounded by this unjust behavior of his own revered deity. He swears to take revenge. Then the second half is the story of taking revenge. Which, of course, made the video an overnight sensation. However, it can be written that the thrill is not as much as the thriller in the second half. Because thinking about the box office, the second half has gone a long way in the ‘Echasing’ and ‘Action Sequence’ of the familiar table.

They are also quite long. The familiar table also predicts in advance what the consequences of the film might be. Or which Shah Rukh will win in this duo. However, this film has given a lot that is not Bhola. Just as the Mumbai stars use the police and the law as their pet servants or handkerchiefs, so too the stars are shown somewhere in front of the rental pony money.

In this movie, Aryan has to go to dance at the wedding of a rich man’s daughter for some money. Shah Rukh Khan is perfect in both Aryan and Gaurab characters. He also distinguished between walking and looking at money. However, the prosthetic make-up in the character of Gaurab for juvenile punishment, while surprising, has limited the expression of facial expressions. 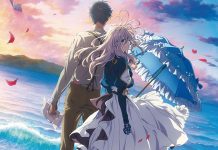 Violet Evergarden is a rollercoaster of emotions