A 12-year-old boy named Nathan Hershkin has discovered the skeleton of an extinct dinosaur in Canada. Scientists believe it was a skeleton at least 69 million years ago. News from the BBC.

The child said he saw a skeletal object last July while traveling in the mountains of Alberta with his father. The incident was reported to the Royal Tyrell Museum authorities. They sent a team of researchers to the place with pictures and addresses of the skeleton.

The long rescue operation ended on Thursday. 30 to 50 bones were recovered from there.
The research team says the dinosaur was 3 to 4 years old. A previously recovered dinosaur skeleton was sold at auction for ০ 4 million.

In a statement, the museum’s ecology curator said the discovery of the hydrosaurus was “very important.” Because we have very little idea of ​​what kind of dinosaurs or animals actually lived in Alberta. This discovery by Nathan and his father, Dion, will help fill in the blanks for our knowledge of the evolution of dinosaurs. 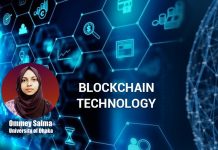