Awareness is being created among them by establishing a youth club in each of the eight unions of the upazila under the Department of Women’s Affairs, Ministry of Women and Children Affairs in Kalmakanda, Netrokona.Adolescent Club is a unique initiative.

Adolescents are being given ideas on child marriage prevention, dowry prevention, birth and death registration, marriage registration, child rights, women’s rights, elimination of gender based discrimination, prevention of sexual harassment. So that its impact on the family, society and the state as a whole can play a positive role. According to the office of the Upazila Women’s Affairs Officer, there is a youth club in each of the eight unions of the upazila.

The clubs have a poetry recitation teacher and a music teacher. And there are also two gender promoters for those eight schools. Each club has 30 students and classes are held two days a week with teenagers. Mitali Rani Saha, the gender promoter of Kharnai Government Primary School in the upazila, was seen discussing the evils of child marriage among 28 students in a room of the school. At the end of the class, he said, “I talked to the teenagers today about the evils of child marriage, what to do if child marriage is organized in the area, and to create a positive attitude against child marriage in one’s own family.” Mahmuda Akhter, headmistress of Kharnai Government Primary School, said that by imparting music and recitation education to the adolescents, they would develop a fondness for culture. And as a result of such entertainment, they will stay away from engaging in anti-social activities.

Poppy Rani Talukder, Upazila Women’s Affairs Officer, said the establishment of youth clubs would help them develop as real people and inspire them to do good as well as instill patriotism in them. Upazila Executive Officer (UNO) said. Zakir Hossain told Kaler Kantha that Kishori Kishori Club is a unique initiative in a timely manner. The upazila administration is always there to ensure the success of the youth club. Through this club, I hope that the teenagers will be inspired with patriotism, will be aware of their rights and will play a role in forming a free marriage marriage. 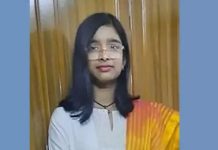 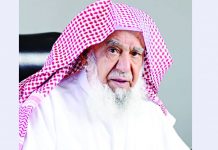