India believes that the West is behind the production of a new BBC documentary that criticizes Narendra Modi and the Gujarat slaughter since Russia supported India in the conflict in Ukraine.

The issue will eventually assume a significant shape. One of the things that people despise about the Biden administration is Narendra Modi. He is seen as a radical head of state in America, as I have constantly stated for months. Since its first day in office, the Biden administration has had a rocky relationship with India. The US administration wants India to undergo transformation because Hindu fanaticism has the potential to destabilize South Asia. The stability of South Asia is viewed by the US government as being threatened by extreme Hinduism.

The West has made it very obvious that no pro-Russian or pro-China government would receive unwavering support; this trend began with Imran Khan and could finish with the Modi administration. Despite being in evident danger, Saudi Arabia will keep trying to win over the West. These problems will get more complicated after Putin is removed from power. But if Trump wins the election, the Modi administration in India will benefit. By engaging Russia, they will punish the Russian supporters. Though we believe that America’s dominance has peaked, in my perspective, power is only just getting started. Because the moment Putin went, this ring began to fall.

Let’s be clear about one thing: If Bangladesh’s opposition parties can leverage US pressure, India’s involvement in the country’s next elections will be ineffective. The current government of Bangladesh, led by Sheikh Hasina, is seen as a member of this ring by the United States since it does not want to see the pro-Russia/pro-China coalition in South Asia! Think about a threat to democracy as well. Your interaction with the Biden administration will mostly depend on the progress of democracy and the relationship with Russia.

Trump has the power to completely alter the situation! Saudi Arabia, India, and Russia are holding onto that. After writing, you can express your support or opposition. I’ve done some analysis.

In the election of 1933, Adolf Hitler garnered a sizable number of votes but fell short of taking the majority. Out of the 647 seats in parliament, his party held 288. He came to the conclusion that if he wanted to become powerful, he needed to choose a different route. Hitler declared the parliament dissolved since no party had a majority. Now his evil political scheme to gain power got under way. Many of the adversaries died. Many were imprisoned on erroneous charges. Their own party members infiltrated the opposition party and stirred up a ruckus. Hitler quickly rose to prominence as the Nazi party’s and all of Germany’s fortuneteller, virtually eradicating the opposition. Hitler’s anti-Semitic crusade had a significant impact.

He was the one who gave the Germans the idea to become anti-Semitic. His Nazi forces’ primary goal was to drive the Jews out of the nation. Then there was murder and looting. By using this method, Hitler aimed to drive out the Jews from the nation. Everyone, however, is reluctant to easily leave their refuge. New laws were enacted by Hitler in 1935. Gentiles and Zoos were the two categories used to categorise the nation’s residents. Germans, for example, are pure Aryans, while Jews are Jews. They do not hold German citizenship; they are merely residents of Germany. They ought to go abroad if required.

identical to the BJP’s strategy in India! A worse future lies in store for the globe if these fanatics are not stopped.

End of media exploitation for propaganda!

Because none of its soldiers want to fight, Russia cannot. The country has lost more than Millions young people. They desired to be coerced into combat by Putin’s government in Russia!

China is unaware that they lack democracy. If given the opportunity, they will challenge the government. China as a whole has turned the common people into caged, captive guinea pigs. Common soldiers and citizens will riot if you choose to engage in combat. in the absence of opportunities, accepts everything. It is demonstrated by Russia.

However, India’s regular people are dreadful because of the regime, which believes it is their sacred mission to exterminate Muslims.

You will enter paradise even if you pass away!!! 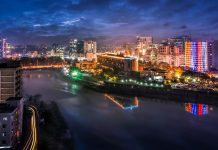 Positive change is needed to build a developed state 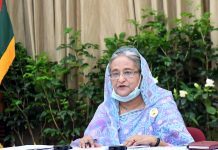 Our Result and Concerns of Our Life