If I can’t secure a job, what’s the point of achieving University degree? This is a good question. So we are going to tell you about this topic. We will tell you the power of networking.

Success will come if you persevere. Vatsal Nahata, a graduate student of Yale University in the United States, proved this. He went there from India to study. Nahta had a dream to work in the World Bank. He pursued his dream job for a long time. For this he had to exchange 600 mails. Had to call 80 times. However, he did not give up. After continuous efforts, he got his dream job. Nahata wrote about this effort to get the desired job in a big post on his LinkedIn. More than 15 thousand people have liked this post of his. Apart from this, his post has been shared by more than 100 people.

Yale University is a famous and ancient university in the United States. He started trying for a job there during the corona epidemic of 2020 at the end of his graduation. But at the time of corona epidemic, various institutions fell into financial distress. Nahta started his post with this. He said, “At that time many organizations started laying off workers. He wrote, graduation was going to end in 2 months. There was no work at hand. I thought as a Yale student, if I can’t secure a job, what’s the point of coming to Yale? At that time parents also started asking questions.

Nahata said, ‘I did not think about going back to India. I thought the first salary would be in dollars. For this I start networking or communicating with everyone. At this time I stay away from any portal or job application. I connected with 15 thousand people in two months. Write 600 emails. 80 people contacted. I was rejected from most places. Nahata also said, ‘I have contacted so many people that my strategy has worked. I received four job offers in early May. This time I choose the World Bank. They agreed to sponsor my visa. Also, my manager offered me an opportunity to co-author a research paper on machine learning. Nahata completed his graduation in Economics from Sriram College and Commerce, Delhi. He says the tough times have taught him a few things. One of these is the power of networking.

The first half of 2020 was a difficult time for everyone. People were already having a tough time adapting to the pandemic, and the job scenario was quite bleak. After Covid-19 was declared a pandemic, many organisations were looking to cut costs and let go of employees. “Every company was preparing for the worst, and it made no sense to hire. A historic recession seemed looming (sic),” Nahata said.

He was ready to get his Master of Arts degree in International and Development Economics from Yale in May 2020, but it hit a hurdle. It was the same year that former US President Donald Trump had made his thoughts about immigration policies clear.

Nahata was one of the many Indian talents in the US who found it difficult to find companies which would sponsor a visa. He would reach the final rounds of interviews but would be later rejected as they couldn’t sponsor his visa. “Trump’s stance on immigration made it very uncertain for companies to navigate and predict US immigration policy. Everybody wanted to play it safe and hire US citizens,” the Yale graduate wrote in his post.

The Yale degree started feeling like a piece of paper – he was ready to graduate in the next two months but had no job in hand. “I thought to myself, ‘what was the point of coming to Yale when I can’t even secure a job here? It became harder to sound strong to my parents when they called and asked me how I was doing.'”

But, Nahata – who is currently working at the International Monetary Fund as a Research Analyst – didn’t want to give up this easy. Two things he knew for sure: returning to India was not an option, and his first paycheck would only be in American dollars.

And, he made one of the most crucial decisions of his life – he decided to stop filling out job application forms or scanning recruitment portals. He decided to try out ‘networking’.

For people who haven’t tried networking yet, it involves sending out numerous (random) emails and making calls to strangers hoping to get a positive response from one. Cold-emailing is considered to be one of the harder types of communication because you don’t know the person on the other side nor do you get any feedback which can be used to improve your approach the next time.

Nahata spent two months building his network. He sent over 1500 connection requests, wrote 600 cold emails and got on 80 odd cold calls with strangers in that period. “I was clocking close to 2 cold calls per day and faced the highest number of rejections I’ve ever gone through. I developed thick skin by necessity. And I was getting nowhere.”

The desperation to find a job got to him. The Atticus Ross and Trent Reznor’s soundtrack ‘The Gentle Hum of Anxiety’ from the 2010 film ‘The Social Network’ became his most-played song on YouTube. He was eating, drinking, sleeping and dreaming of ‘networking’.

“You could wake me up at 4 AM, and I could smoothly network and sell my skills to the most seasoned American executive, all while knowing that this call is probably going nowhere. Things became so desperate that I would often cold-call people in my dreams,” his post read.

After knocking on several doors, Nahata’s strategy paid off. He landed four job offers by the first week of May, and the World Bank was one of them. They were willing to sponsor his visa after his Optional Practical Training was concluded. Moreover, his manager offered him a co-authorship on a Machine Learning paper with the World Bank’s current Director of Research (none of which was known to him at that time). And, he decided to go with the World Bank’s offer.

The intense two months taught Nahata, who is an Economic graduate from Delhi’s Shri Ram College of Commerce, the lessons of a lifetime. As he understood the ‘true power of networking’, it became his second nature. This experience gave him the confidence that he can survive in any given situation and figure out his way as an immigrant in the United States.

He also realised that an Ivy League degree could only take him so far. “Times of crisis (Covid and Trump’s immigration policies) were ideal grounds to metamorphose into a more evolved person,” he added.

By sharing his experience with the world, Nahata wanted to encourage people to never give up. “If you’re going through something similar where the world seems to be collapsing on you: carry on – do not go gentle into that good night. Better days will come if you’re learning from your mistakes and if you knock on enough doors.”

How has networking helped you grow as an individual? Has it made you more confident? Tell us your thoughts in the Comments section. 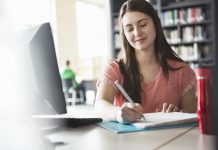 Study after a long break 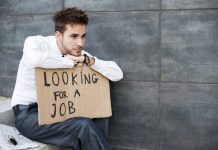 Unemployment due to the pandemic 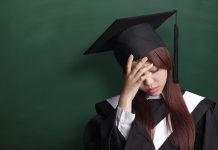 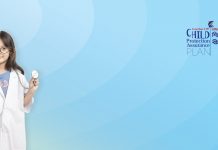 The ten jobs that pay the most 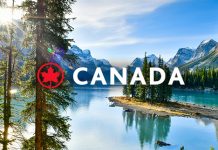 Apply for 10 positions to go to Canada quickly

How effective online learning is?