No continuous history of painting in Bangladesh has not yet been written even today. For that we have no clear idea about our own painting tradition.

There is a lot of indirect evidence about the paintings of ancient and medieval Bengal: in the travelogues of tourists like Fa-Hien or in biographies like Chaitanyacharitamrita. But very few paintings of the past have survived the war with time.

It would not be wrong to say that the identity of Bengali painting was limited to illustrated manuscripts from the time of the Gupta Empire to the end of Muslim rule. From the pictures in these manuscripts it seems that the same customs and methods were followed in this vast territory from Bihar to Assam and from Nepal to the sea. These images, needless to say, are religious. The influence of Buddhist Jataka is more there than Hindu Purana, the shadow of Tantric sadhana is stronger there than Vaishnavism.

Some similarities with contemporary sculpture can be found in the attempt to clarify the image of the deity. It is not wrong to understand that the artists were aware of the drawing. They painted on palm leaves or parchment paper; Used home-made colors – yellow, blue, red and black are the predominant colors. It can be compared with contemporary Gujarati painting. But there is no evidence that the Rajput style or the richness of the Mughal motifs made any impression on the minds of the artists here.

An explanation of why he did not need to be obtained from historians. Was the Mughal or Rajput image unfamiliar in this region? Or our painters could not follow the discipline of those paintings? Or the emotion-tendency that is seen in Bengali painting, which is considered as a special tendency of our painters, to say that there was no similarity of mood between the two types of artists? Or did the difference between civic ingenuity and craftsmanship and the simplicity and temperament of folk art distinguish Bengal from the famous development of Indian art? 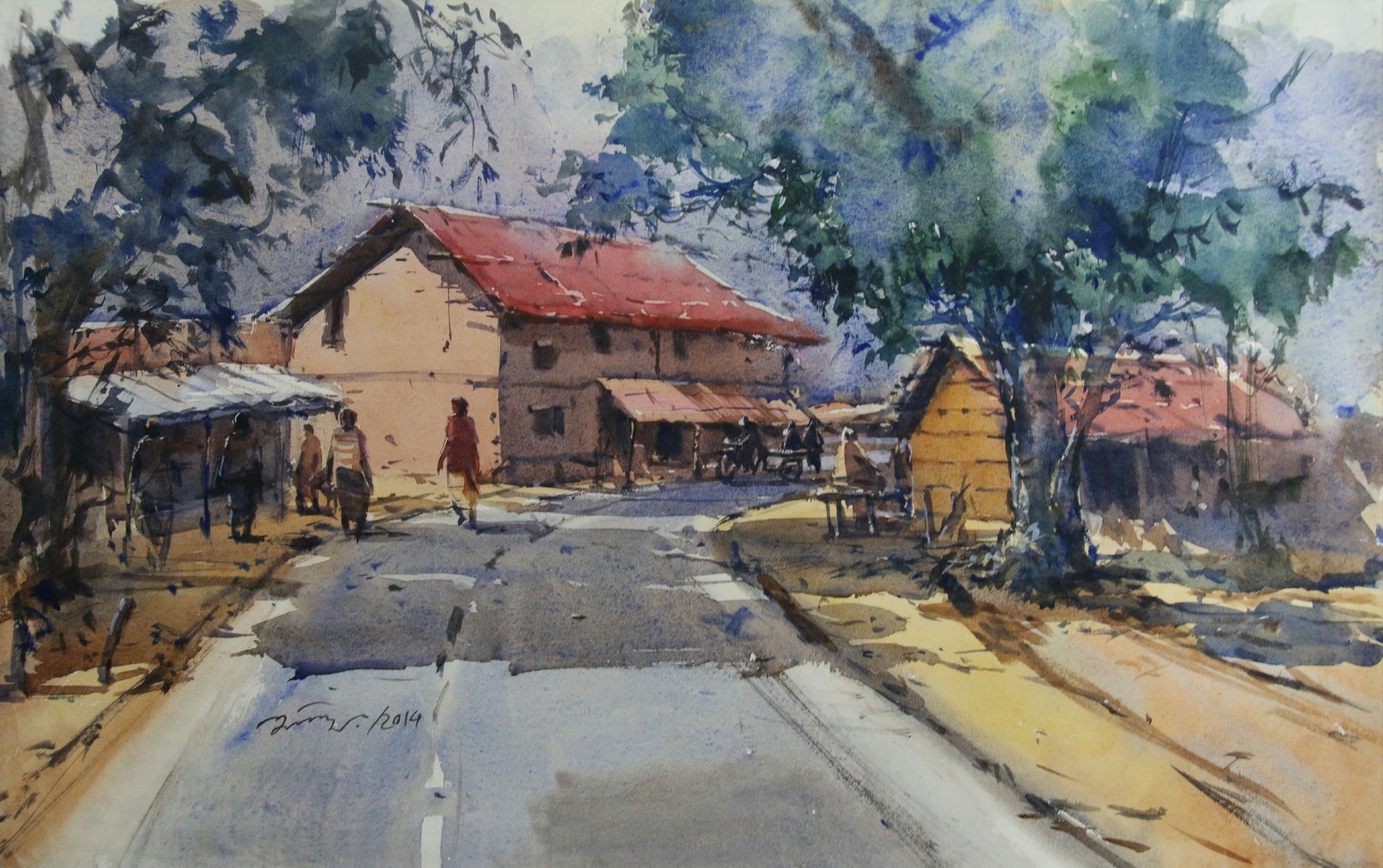 Patuarao also developed Bengal’s own tradition in painting. The image of the pot – known as the pot of Kalighat – probably developed with distinct glory from the late eighteenth century. The influence of pottery in its style of drawing does not go unnoticed, and the use of color is also an indication of local taste. Pot pictures were also printed in the nineteenth century. However, the demand for pot decreased when the celebration of Biliti started.

The first development of the western style in our country was probably through the portrait-drawing of foreign artists. Jyotirindranath Tagore was a prominent portrait artist among the natives. Many of his pencil-painted portraits fascinate the audience. But Western art critics like Rodenstein said that Jyotirindranath was not a blind imitator of the Western style – his portraits had a soul that could be considered the beginning of modern Indian painting.

That modern painting originated in Thakurbari. It was during the period of European influence that Abanindranath-Gaganendranath revived the Indian tradition of painting by becoming a connoisseur of Western painting. Havel’s motivation was unparalleled. The fact that the painting of Bengal has gone beyond the shelter of religion is a big part of their pursuit. However, in the case of this revival, we do not find the identity of Bengal’s own art form as much as we find the identity of following Ajanta’s art and Mughal painting.

The revival of Bengal’s own style took place in the hands of Jamini Roy and Nandalal Basu. Jamini Roy was initiated in the western style, his influence may not have been completely eradicated. However, like the Patuas, he made some basic colors himself, with local ingredients. The field of color that is limited by the line of the line, the nose and eyes of the imaginary people of Patua float up and scratch him, as if the carefree world of Patua is captured in the picture. And in Nandalal’s drawings, there is a hint of Alpana’s drawing style – conch, vine, whirlpool, earthen doll-horse and the impression of his childhood identity.

By that time, twentieth century Bengal had become a part of the world. So the line between domestic and foreign gradually became blurred. The artists got the education of painting nature from abroad. Wherever the river-fields of Bengal are their subject, isn’t the use of color also a part of Western art? There is a lot of folk art inspiration in Kamrul Hasan’s films – but his ladies are not exactly the creation of the native style. Nirad Majumdar revived a lot of Tantric painting, but if foreign viewers think of Chagall after seeing those pictures, what would they do wrong?

But it is also true that as a result of unfamiliarity with the history and patterns of indigenous painting, the minds of our artists are mainly attracted towards Western painting. Most of the recent talented artists have had the opportunity to study in Europe. How will they cut that effect? Why not?

Yet for those of us who love pictures, this question arises in our minds- what will make us more satisfied? If one can see the picture and say, it is a painting of a Bengali artist, then? No, if someone looks at the picture and says, this picture does not follow the bond of time, then? What will be the artist – native, or world?