The world is changing now. The big difference between today’s and past youth is the situation. Then it was one thing, and now it is another. In this situation, the parents have to understand the condition of the child. Everyone needs to be made aware of mental illness. Whenever someone’s child is bad in any case, they are abused or beaten, harsh words are said. If parents do not understand, a distance will be created between the youth.

The changing world and the mental health of young people are both very important issues.

A lot of the time, even though they can’t speak, they get mentally ill and new problems arise. Are attracted to drugs. One such incident happened to a student of Bangladesh University of Engineering (BUET). Suddenly he made the fruit worse. The search revealed that the child was addicted to drugs. The mother is leaving the family and taking care of the child without getting any change. Living in Dhaka, he regularly brings his child to the university and takes him again.

Relationships have been added to new mental problems. There has been moral decay among the younger generation. It is not fair to do it at all. This will increase the problem. Instead, the problem should be solved by explaining to the young child.

We have to start creating a movement from the family to develop mental health. But in the family we do not treat our children fairly. The role model of the children is her parents. But it is seen that the father is driving the child in the opposite direction to the school. So what did they learn from their role model? If we do not stop these behaviors; It is also not possible to prevent mental distress in our children.

School teachers also need to increase their responsibilities. They create unhealthy competition among kids. As a result, various crises are created among them. Mobile phone misuse must be reduced. At night, the children chat on their mobile phones. The result is a disaster for the school. Then the tonic of the parents moved. At this time comes to take psychiatric treatment. Therefore, the mental crisis of their child is created from the family.

We are wary of young people, but do we know how young people are? No one can give the correct answer, but if you ask yourself the answer will match. Many problems of young people are not known to parents or anyone. Many times young people do not even want to say. Some of them have been beaten while talking or knowing their parents. Parents have to be tolerant. Young people commit suicide at this age. 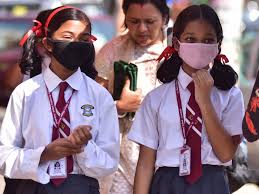 Suicide is the second leading cause of death in the world. 92% of young people are online regularly. Drug addiction is also a mental illness. At present 60-70 lakh people in the country are addicted to drugs. A new drug called Khat is coming to the country. But psychiatrists should sit well with the law that is being made. Drug control laws have been enacted, but these are done in a group campaign. Some of the lawmakers get involved, but I don’t think about the long-term consequences of the law.
We can’t give data, they don’t take it. Mental health education is compulsory in New York from KG to Class XII. We should do the same. In order to get rid of mental illness, parents need to increase their involvement with their children. Communication also needs to increase. There is a time when everyone in the family can sit without technology. Turning off mobile phones will not be a solution either, because you need to know about the changing world. You have to do as much as you can, which will not be harmful.

Working mothers are in danger in Corona time