Eshal Mahmud- A Mensa Member.If we are to make a list of the most intelligent people in the world, the person topping the list would undoubtedly be Einstein. Although one can refer to many other geniuses, the first one to come to his mind would be none other than Albert Einstein. When a child asks a brilliant question or answers one, we praise them, giving the label “Future Einstein”. However, Stephen Hawking, despite being an equally famous scientist, is not usually referred to in such cases.

Einstein was a member of Mensa. Does anyone know what his IQ was? 160!!! Many of you may question whether IQ is measurable or not. Well, of course it is. IQ can be determined by examining the answers to some really tricky questions. Now the question is, is there an organisation that conducts such tests?

Yes, there is and it is known as Mensa. Mensa is a non-profit organisation that gives its membership to people who score at the 98th percentile or higher on an IQ test. Albert Einstein and Stephen hawking were both members of Mensa.

Surprisingly, Mensa has memebers with IQ level higher than that of Einstein’s and one of them is a twelve-year-old BAngladeshi girl named Eshal Mahmud.

Eshal lives in England with her mom, dad and younger brother. Every year, England organises a competition to find the most talented and intelligent child in Britain. Among thousands of contestants, Eshal Mahmud was one, who also happened to be a member of Mensa. Beating innumerable contestants, Eshal is now in top 5 !

Farhad Mahmud (father) and Mumtaz Mahmud (mother) are Eshal’s parents. Since they both work and mostly stay outside, questions like “Who was there to give her time?” and “Who was there to inspire her?” can surely arise. Interestingly enough, her maternal uncle, Imran, an Oxford alumnus, was her constant source of encouragement.

Effortlessly answering questions after questions, she has not only astonished the judges, but has also won the hearts of the people who were watching her from television. when we visited Eshal’s house, we saw countless medals, certificates , crests at which her younger brother looks in awe, wondering how someone can be so smart. Have we told you what her IQ is? Well, it is even higher than that of Einstein’s and Hawking’s. Yes, her IQ is 162!!! Only a handful of people in this world have an IQ that is equal to or above 160.

Sadly enough, many geniuses like Eshal Mahmud , who perhaps live in our house or neighbourhood go unnoticed. It is high time we recognised these unnamed flowers that may not grow in our own garden and nurtured them so that they can flourish.

Nowadays, everyone runs after an A+,as if it is all one needs in life. A quick question to you all- Did Einstein, Stephen Hawking, Rabindranath Tagore, Mark Zuckerberg get an A+ when they were in high school? I assume, there was no ‘A+’ back then, but something similar surely was! We should focus more on learning than earning a perfect grade in order to be like Eshal Mahmud and make everyone proud.

We totally believe that there are many others like Eshal Mahmud, who, if nurtured properly, can successfully become members of Mensa. 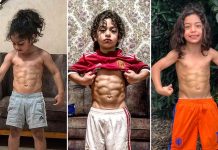